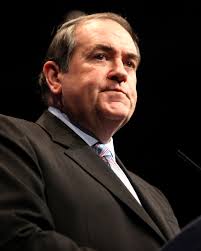 I’m not offering this bit of advice because I’m trying to help Mike Huckabee; quite the opposite I truly wish he would just go away. I’m also not speaking out in support of Beyonce and Jay Z since I’m not really in their demographic and I don’t really follow what they are doing.

For those that don’t know, Mike Huckabee has just released a book and he is now making the media rounds to hawk the book with the hopeful added benefit of creating interest in his inevitable run for the Republican nomination in the 2016 Presidential race. The theme that Mr. Huckabee seems to keep circling back to is his demonization of Beyonce, her music, her videos and Jay Z’s support of his wife. While it was bad enough when he was on Fox and other conservative media sources, this spilled over into Jon Stewart’s Daily Show.

As I said before I don’t really follow Beyonce, but something I do know about her is that she is tremendously popular right now in the pop culture sphere, and rightly or wrongly, has a great deal of influence. How much of a lasting impression does she have? When I came of age,  I was rocking out to Led Zeppelin and Pink Floyd. In the generation before me, people were listening to the Beetles and, right before that there was Elvis Presley with his gyrating pelvis causing concern from their older generations. Somehow, we all survived that and were able to grow up and for the most part, become responsible adults.

My complaint, is that Mike Huckabee is considered as a Republican and a Conservative  mainstream America, whether we like it or not. I could easily and willingly debate that since I consider Mike Huckabee another establishment loving, ‘big government is the solution’ type of guy; he fits perfectly into the stereotypes that liberals/progressives try to establish that in which people like me appeared so far out of touch and are unable to connect in today’s world. Personally, I associate and am friends with a great number of people who are neither old, male or white. What we all agree on is that less government intervention is the way forward.

Here’s the bottom line: in order for us to get our message out to the varied demographics, we need to have a presence and appeal to today’s pop culture. We need to embrace and promote people like Julie Borowski (https://www.youtube.com/watch?v=TqBv3CEyM6Y), Alfonzo Rachel (http://alfonzorachel.com/2224/obama-wouldnt-united-paris-unity-rally-anyway) and many others that spread the message of following the Constitution, smaller government and free markets are the solution in today’s world.