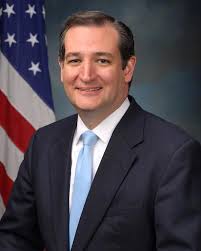 Behind the scenes in the US Congress and how they don’t represent those that voted for them.

Cruz: Republican Leaders Are Divorced From The American People

Every week the Daily Caller posts a “Leaders with Ginni Thomas” video where she interviews conservative voices; for those that don’t know Ginni Thomas is the wife of Supreme Court Justice Clarence Thomas. This week her interview was with Texas Senator Ted Cruz, you can watch the video from the link above.

After the 8 minute mark Senator Cruz discusses an episode that happened behind the scenes and shows just how dirty it is in Washington, where they conspire to hide their true intentions from the voters that elected them.

The episode discussed was the “battle” to raise the debt limit in February 2014. When the issue was coming before Congress the President asked for a “clean” bill giving him complete spending control without any negotiations or constraints. In the House of Representatives, the Republican leadership (the majority party) worked in conjunction in with the Democratic Party and capitulated to the President’s wishes and gave him the “clean” bill that what he requested. The final vote was 221 to 201 including 28 Republicans.

The Bill then went to the Senate where, in order to proceed to the final vote, they first would need to achieve a 60 vote threshold in order to end the filibuster. At that time the Senate breakdown was 53 Democrat + 2 (that claimed they were independents but voted Democrat) to 45 Republicans. To get around this the Republican leadership in the Senate decided to implement a rule change where the Bill could move forward with a simple majority. In order for the leadership to accomplish this, by rule, they would need a “unanimous consent.” The leadership presented this plan at a luncheon for Republican Senators stating that they were going to present a voice and stating that they couldn’t imagine anyone opposing this move.

The problem with this plan is that Ted Cruz said he could not, in good conscience, agree to do this because it would go against the principles that he had pledged to uphold to the Texas voters. Following this he came under immense pressure from his own party, including being yelled at during subsequent luncheons, at one point someone asked him why he wanted to throw six Senators under the bus in having to agree with the Democrats to move the Bill to a final vote. In the end the final vote to end the filibuster was 67-31.

To absolutely no-ones surprise, when it came up for a final vote it passed 55-43 on a strictly party line vote with the Republicans still being able to state to their voters that they opposed the debt limit increase while, in fact, behind the scenes, they had no problem with the debt ceiling being raised and giving the president full control.

It should be pointed out that Senator Cruz’s stated reason for sharing this episode was to provide an example of how, no matter how much heat he comes under, he refuses to retaliate against those that attack him.

Here are two books, both without partisan objectives that do a great job of explaining what goes on behind the scenes in Washington and it’s not pretty:

Extortion: How Politicians Extract Your Money, Buy Votes, and Line Their Own Pockets   http://www.amazon.com/Extortion-Politicians-Extract-Money-Pockets/dp/0544103343 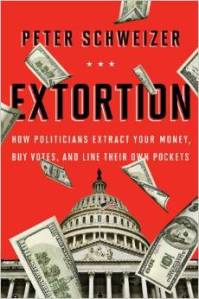 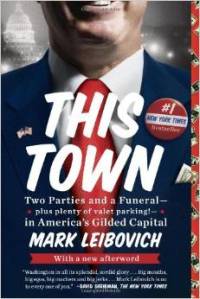