Michelle Malkin’s latest book ‘Who Built That: Awe-Inspiring Stories of American Tinkerpreneurs’ was recently released and it provides a huge contrast to the mindset of President Obama and his fellow progressives. 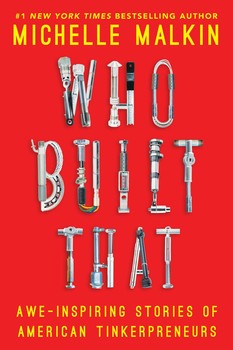 The publishers official description of the book states:

In July 2012, President Obama infamously proclaimed: “If you’ve got a business—you didn’t build that. Somebody else made that happen.”

While I have yet to read the book, on May 20th Townhall.com posted Michelle Malkin’s column, “Maglite’s Tony Maglica: Torchbearer of the American Dream.” A more detailed version is on her MichelleMalkin.com website. This column summarizes a chapter from her book on the inventor of the Maglight flashlight.

Anthony Maglica was born in 1930, his family came to America in 1950, from the island of Zlarin, off the coast of Croatia. Early on Mr. Maglica showed that he had no fear of hard work and that he had a particular talent of being a “tinkerpreneur.” Fast forward to 1974 where he incorporated a company named Mag Instrument Inc. From this he invented the iconic Maglight flashlight which was patented in 1978. The Maglight is now the go to flashlight of many police and fire departments and as well as other first responders. 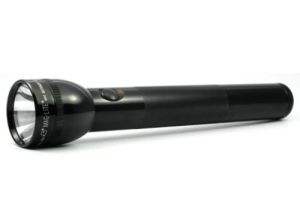 The 84 year old Tony Maglica still spends 12 hours a day, 6 days a week, walking the floors of his 450,000 square-foot factory at a business that employs more than 800 people. Mr. Maglica and his company currently holds 200 patents.

Contrast this with our current President, Barack Obama, who has become the chief class warfare warrior. On May 12th he was part of a poverty summit at Georgetown University.

During this conference he had this to say about successful Hedge Fund Managers:

There’s a fairness issue involved here. And by the way, if we were able to close that loophole, I could now invest in early childhood education to make a difference. That’s where the rubber hits the road. That’s … where the question of compassion and ‘I’m my brother’s keeper’ comes into play. And if we can’t ask from society’s lottery winners to just make that modest investment, then really this conversation [on poverty] is for show.

This attitude is, of course, nothing new for President “you didn’t build that.” Class warfare and denigrating the successful is a common talking point of the progressives in our country.

Recently Maryland’s former Governor and Baltimore’s former Mayor, Martin O’Malley made the official announcement that he is now running for the Democratic nomination in next year’s Presidential race. During his speech and apparently attempting to show that he is even further left of Mrs. Clinton had this to say about the successful: “But we cannot rebuild the American Dream here at home by catering to the voices of the privileged and the powerful. Let’s be honest. They were the ones who turned our economy upside-down in the first place. And they are the only ones who are benefiting from it.”

I  truly hope and pray that in next year’s election and moving forward that Americans will re-discover that America became the greatest country on earth because of our entrepreneurial spirit. We need to get back to being the country that celebrates men like Anthony Maglica rather than referring to them as “society’s lottery winners.”