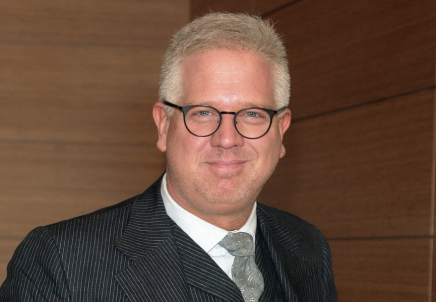 Following the debacle that was the GOP debate on CNBC more and more people are getting fed up with the current debate format taking place in front of obviously hostile moderators. Glenn Beck, host of what is listed as the third most listened to talk radio show and founder of The Blaze is offering an alternative.

Mr. Beck sent the following letter to Reince Priebus the chairman of the Republican National Committee:

Dear Reince,
The Republican National Committee has been forced to watch candidates and voters being
shortchanged in the first debates. Traditional mainstream media has treated the debates as
comedies, as propaganda, and as ratings and revenue opportunities, even as they mock
conservative candidates. It’s an outrage, and we know you feel the same way.
Our candidates for President of the United States deserve better. The Republican National
Committee deserves better. And most importantly, American conservative voters deserve
better, so that we are prepared to elect our nominated candidate as the 45th President of the
United States next November.
Reince, TheBlaze TV and our associated media platforms reach more conservative Americans
in more ways than any other method of broadcast distribution in America. TheBlaze TV is seen
in over 12 million households. TheBlaze.com reaches 20 million conservatives a month. My
radio program reaches 9 million listeners each week, plus millions more via streaming and
through TheBlaze Radio Network.
We’d like to make our audience your audience, by hosting the ninth scheduled debate on
February 26th. We are prepared to produce a new kind of debate, in both substance and
distribution. In fact, this will be the first truly cross-platform, digitally engaged debate in the
history of American politics, and one that we are confident will reach one of the largest blocks
of conservative voters in history.
Our plan is straightforward. Rather than being moderated by journalists who ask all the
questions, I will host, and I will invite the greatest new conservative thinkers and media voices
in America to prepare and ask questions live and by video. Our panel will offer the candidates
an opportunity to discuss substantial issues of importance with authentic answers that are
thoughtful and elevating to the entire party.
Reince, this is an important change from past debates. We know that all of the candidates, for
example, broadly support Second Amendment rights. We don’t need to hear sound bites
reaffirming that. What we want to know today is how they will sell their beliefs to America,
and how effective their message will be. Our questions will be designed to elicit those kinds of
substantial responses that will make a real difference to the candidates and the Party, across a broad range of important issues.
Between the two-hour free broadcast and a post-broadcast Q&A, every candidate will have
the same opportunity to answer every question, so that fairness and equal voice is offered to
each of them. And the live broadcast plus post-show Q&As will be available for the
foreseeable future as on-demand video content with full transcripts, available to all. By doing
so, our body of questions and responses will become a digital library of conservative thought
to guide voters as they make critical choices in the months ahead. This is also a profound and
important change from past debates, where the candidates’ positions exit the public arena as
soon as the news cycle ends. We also have a specific plan to make the debate available live to
the Spanish speaking audience as well.
It’s no secret that my audience and I want to see the Republican Party once again live as the
“big tent” for conservative ideals, and we have felt at times excluded from that process. By
selecting TheBlaze TV to produce this debate, you honor and recognize the value of a critical
voting bloc. And you need to know that we are committed to a fair and honorable production
that will make every candidate, the party and our voters proud. But most important, at the
end of our debate, voters will know not just where our candidates stand, but why, and how
they intend to accomplish their goals.
We both know that the time for theatrics and hyperbole is over. These are serious days full of
both promise and peril. My audience and I urge the Republican National Committee to make
the February 26th debate meaningful, thoughtful, and responsive to the issues of not just
conservative America, but to all Americans. Placing this debate on TheBlaze TV will fulfill that
promise.
I appreciate your consideration.
Glenn Beck
Founder of TheBlaze, Inc.

Want to help? Here’s how, you can contact them at the RNC’s email found here and if you’re a Twitter user send tweets to @GOP with the hashtag #BlazeDebate.

You can view my other posts at markEwatkins.com