Republicans are “scared of widows and 3-year-old orphans.” Barack Obama

With the mass influx of Middle Easterners, supposedly Syrians, immigrating into Europe, followed by the multiple attacks in Paris on November 13th leaving 129 dead. At least one of these attackers has been tied to Syria, many are becoming concerned about an increasing number of “Syrians” being relocated to the United States. Those seeking answers about the vetting process and who is being admitted are being met by mockery from the President and his acolytes.

Suddenly, and I’m sure by total coincidence, stories are popping up across the media, attempting to play on emotions and showing these refugees in a sympathetic light.  Examples:

“Syrian refugees in Florida find themselves fearful all over again“

(Apparently the South Bend Tribune reporter was unable to find a Syrian family to write about.)

What all of these stories had in common is that they involved families with young children thus playing on emotions. It almost seems that someone if following Saul Alinsky’s Rules for Radicals to wit number 13.“Pick the target, freeze it, personalize it, and polarize it.” “Cut off the support network and isolate the target from sympathy. Go after people and not institutions; people hurt faster than institutions.”

Meanwhile, I wake up on Friday morning and hear the ‘breaking news‘ the  Radisson Blu in Bamako, Mali, coming under attack where:

At least 27 people were killed when 10 Al Qaeda gunmen stormed the Radisson Blu Hotel in Mali’s capital and took 170 hostages — but the grenade-toting assailants spared the Muslims inside.

Armed Islamic attackers, who shouted “Allahu Akbar” as they overran the resort, released hostages who were able to recite the Koran, a security source said.

From Time: “At least two groups have claimed responsibility—Al Murabitoon and Ansar al-Din—both with ties to a long simmering insurgency in the country’s north and both affiliated with al-Qaeda.” 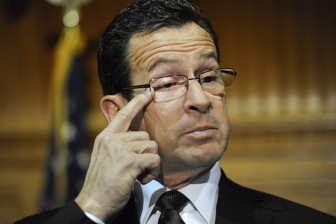 *I would be remiss if I didn’t state my personal outrage at a statement made by Connecticut Governor, Dannel Malloy.  From the Washington Post story posted above he had this to say “This is the same guy (Indiana Governor, Mike Pence) who signed a homophobic bill in the spring, surrounded by homophobes.”  “I’m not surprised by anything the governor does.” Governor Malloy has no right making this unsubstantiated and wrong accusation that my Governor, myself and my fellow Hoosiers are “homophobes,” simply because we supported the Religious Freedom Restoration Act passed by my home state’s Legislative body.

I have to point out the irony that Connecticut has it own RFRA in effect.

You can read more of my thoughts at markEwatkins.com