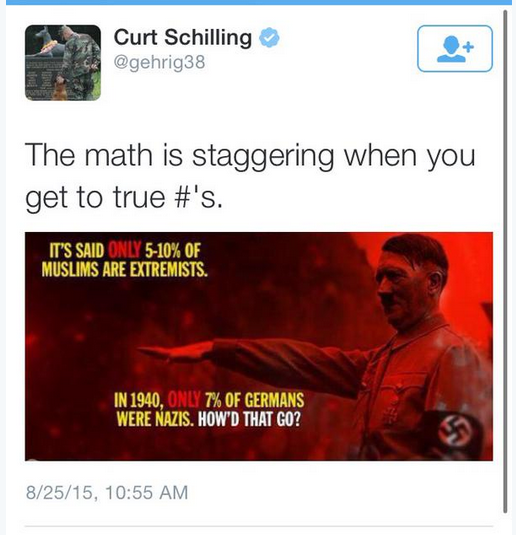 The Math is staggering when you get to the true numbers.

As reported in Sports Illustrated, earlier today Curt Schilling, retired Major League superstar pitcher and current ESPN announcer, had the audacity to send out a Tweet comparing the Nazis pre-WWII to the Radical Islamists in today’s world. He (or his bosses) quickly realized that this couldn’t be allowed to be displayed in a polite society and the Tweet was quickly taken down within a half hour. As we all know, once something is posted on-line, unless you’re part of the Obama Administration, it’s online forever.

ESPN could not let this atrocity go unpunished and issued the following written statement:

Curt’s tweet was completely unacceptable, and in no way represents our company’s perspective. We made that point very strongly to Curt and have removed him from his current Little League assignment pending further consideration.

I understand and accept my suspension. 100% my fault. Bad choices have bad consequences and this was a bad decision in every way on my part.

I think it safe to say that Glenn Beck will not be on any of ABC’s various networks to discuss his new book. “It IS About Islam. Exposing the Truth about ISIS, Al Qaeda, Iran and the Caliphate.” 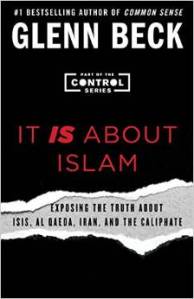