Indiana’s primary election is May 3rd to choose a Presidential candidate along with several state and local candidates including the Governor and the US Senate.

My home state of Indiana currently has an open Senate seat in play following the retirement of Republican Dan Coats. There are two Republicans competing for the seat, Marlin Stutzman and Todd Young. Both are in the US House of Representatives and both were elected in 2010. Marlin Stutzman serves the 3rd District which is in the far north-eastern part of the state and Todd Young represents the 9th district which is in the south/central section bordering Louisville, Kentucky. 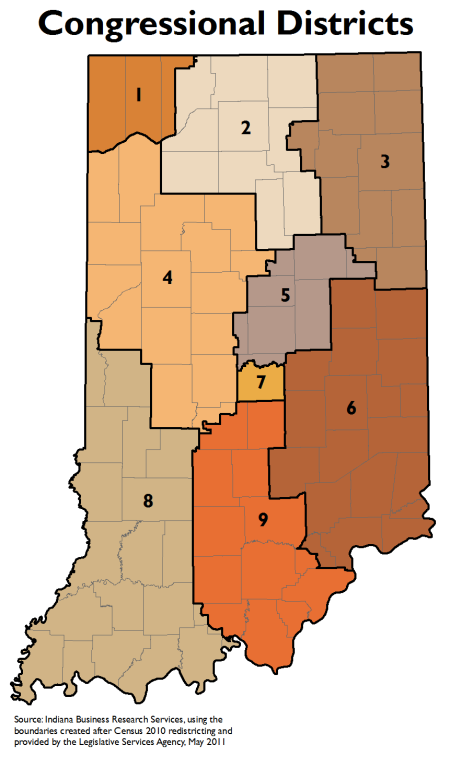 On the Democratic side Baron Hill is running unopposed. Mr. Hill previously served two stints in the US House from 1999-2005 and 2007-2011 when he was defeated by Todd Young.

Conservative scoring of the Republicans:

Here’s all I really need to know about the two. Todd Young voted for John Boehner to be Speaker of the House in January 2015, he has the support of the Mitch McConnell affiliated One Nation Super PAC and he recently was endorsed by the US Chamber of Commerce who are now running ads for him in Indiana.

Marlin Stutzman voted against John Boehner as Speaker and is a member of the House’s Freedom Caucus led by Ohio’s Jim Jordan fighting against the political elite who constantly capitulate to Barack Obama and the Democrats. An article in The Rolling Stone on the Freedom Caucus titled “Meet the Right-Wing Rebels Who Overthrew John Boehner” attempted to denigrate the group ended up making a good case for why I support them.

“Marlin Stutzman is also a much better conservative than Young, which is one reason McConnell is opposing Marlin Stutzman. Marlin, for example, stood up to his own Republican leadership in the House. His defiance helped bring down John Boehner. Clearly, McConnell has a reason to be nervous.”

“He is a genuinely conservative guy. He has a great family. He cares deeply for the people of Indiana. He is not afraid to defy his own leadership to do what is right. That has made him enemies, but affirmed he puts principle over partisanship.”