A political scandal that may compete with the magnitude of the revelation that Mitt Romney, in a high school prank, might have given a classmate an unwanted haircut has been uncovered. As a result of intense investigative journalism the “media” has uncovered that Supreme Court nominee, Neil Gorsuch, was the President of the “Fascism Forever Club,” while in High School. This story was broken by the Daily Mail in an article titled “EXCLUSIVE: Trump’s Supreme Court pick Neil Gorsuch founded and led club called ‘Fascism Forever’ against liberal faculty at his elite all-boys DC prep school.”

This information was discovered in Justice Gorsuch’s High School Yearbook:

“…The yearbook described the ‘Fascism Forever Club’ as an anti-faculty student group that battled against the ‘liberal’ views of the school administration.”

“‘In political circles, our tireless President Gorsuch’s “Fascism Forever Club” happily jerked its knees against the increasingly “left-wing” tendencies of the faculty,’ said the yearbook.”

“It is not the only example of Gorsuch’s early conservative political views. One yearbook photo showed the high school senior kicking back in a chair in a button-down shirt and tie while reading William F. Buckley’s 1959 book ‘Up from Liberalism’, a key text of the conservative movement.”

Many other “news” sites such as the U.S. News, Aol. News and the DailyKos were all to willing to run with this story, none bothering to do any investigation journalism on their own.

As it turns out this claim is not quite true or, more specifically, it falls under the term du jour as being nothing but fake news. As noted at Townhall.com: “No, Neil Gorsuch Didn’t Have A ‘Fascism Forever Club’ In High School.”

Justice Gorsuch was born in Denver but moved to Washington DC during his teen years when his mother, Anne Gorsuch Borford, became Ronald Reagan’s pick to head the EPA, serving from May 1981 to March 1983. For high school Neil Gorsuch attended the very exclusive Georgetown Preparatory School located in Bethesda Maryland. As one might expect from someone who’s mother worked for Ronald Reagan, Justice Gorsuch was a somewhat nerdy conservative in high school. As such there never was a “Fascism Forever” club, it was totally made up among his circle of friends to poke fun at the more liberal students and faculty at Georgetown Preparatory.

All of this has led me to reminiscing about my high school days many moons ago. Those that know me now might be surprised to learn that I too was once a nerdy conservative (being on both the math and chess teams might be a give-away) high school student. As it turns out, likely one of my most rebellious acts was letting my hair grow long for my senior yearbook picture. I shudder to think what some hard hitting journalist might find if they were able to uncover the (tongue in cheek) correspondence that I was involved with in those days. 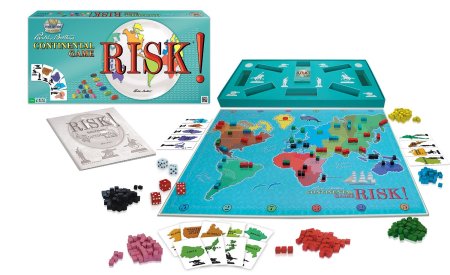 I can remember back in those days that one of our favorite weekend pastimes was intense competition fighting it out with friends over the board game of Risk. I can only imagine the uproar now if someone was to use my goal of world domination against me.

Much of my high school years was also marked by the Watergate scandal including the Congressional hearings. With a certain amount of shame I recall standing behind Richard Nixon feeling like he was suffering a terrible wrong during those days. After studying the progressive movement of the twentieth century I have come to realize that it can affect both parties and Richard Nixon completely deserved the fate that befell him.

Speaking of personal shame, though this was shortly after high school, I have come to regret being a tiny part in the beginning of Mitch McConnell’s political career, voting for him for his first elected office as the Judge Executive of Jefferson County (Kentucky) in 1977 but that’s a totally different subject.

We are only in the third week of the Donald Trump and I feel that the level of ridiculousness will only get worse before it gets better, may the good lord help us all retain our sanity.