Perusing some my favorite websites I came across an article I very much identified with written by Erick Erickson for the site that he founded, The Resurgent, titled “A Stranger in a Strange Land: “I Feel Out of Place and Out of Sorts in American Politics Today.” In the article Erick describes going from a Republican officeholder (as an Atlanta city councilman) to where he is now as someone who doesn’t identify with either party.

While I hope that those that see this will read Erick’s entire article here are some excerpts that I particularly related to:

I want a new party, and a conservative one where conservatism is not defined by beating the other side, but by pursuing the best policies.

I want a party that recognizes we need a social safety net because there are those who, through physical or mental infirmity, cannot take care of themselves. But I want a party discerning enough to not let everybody onto the safety net.

I want a party that is pro-family and structures the tax code accordingly and fights for school choice so parents can get their kids educated instead of indoctrinated.

I want a party that is pro-life and that does not run from the Bible.

I want a party that secures its border, but does not demonize its neighbors.

I want a party that recognizes as long as Washington makes all our decisions then every hill is a hill to die on and every fight is bloody so that it de-escalates the fights by making Washington less central to our lives.

He closes with this:

Beulah Land, I’m longing for you
And some day on thee I’ll stand
There my home shall be eternal
Beulah Land – Sweet Beulah Land

Reflecting on this I was thinking about the presidential primary elections of 2016 and how I learned that so many people and groups that claimed to be about the traditional conservative movement were more interested in self promotion and winning at all costs. This includes so many of the evangelicals who sold out for Donald Trump, from many of the personalities at Fox News and from websites like Breitbart and the Gateway Pundit, and also so many of the most prominent of the Tea Party spokespeople (Scottie Nell Hughes, Katrina Pierson and Sarah Palin to name a few) who turned out to be more interested in gaining publicity than living up to the ideals of smaller government and Constitutional rule that they had previously stated that they believed in.

For the record, in the above statements I am talking about those that joined the “Trump Train” early when there were so many other, better qualified choices were still in the running.

Another reflection that I had goes back to something that Glenn Beck had once said: “President Obama made me a better man.” What he meant by that was that while there was a whole lot of bad that happened during Barack Obama’s eight years in office of working toward his stated goal of “fundamentally transforming the United States of America.” That period also led us to learn more about American history and the Constitution, to where we understood that, contrary to what Chuck Todd said, ultimately our rights come not from government but from God. We also learned how better to state our opinions in how we believe because we knew the background and history of what we believed. 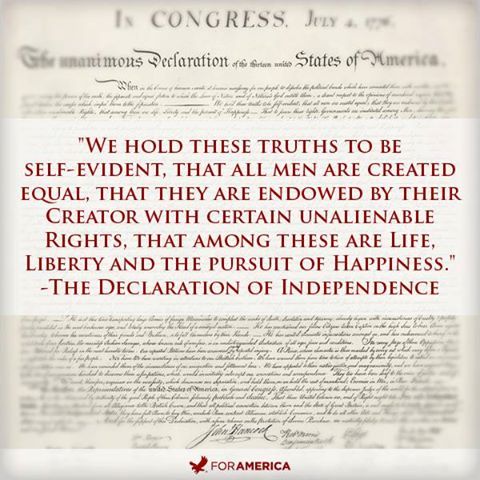