Utter foolishness and hyped by the lazy “journalists”

On his March 18th radio show following the 32 1/2 minute mark, as part of a broader discussion, Glenn Beck made the following “bold“ statement.

Four years ago I wasn’t.

Four years ago I said work from the inside, let’s change it, let’s get new guys in there. I think it’s too late. Is it that place for the NRA, I don’t think it is.  It’s one guy.  I think if we would leave the NRA, you know its one things to say something on the air and say, I got to get out of there, and then seeing the shock waves that are happening, you know sometimes I just don’t understand the power of our words. And seeing the shockwaves and getting on the phone with Wayne[LaPierre], and Wayne saying to me, Glenn, thousands of people are calling, if you leave, and you leave on this, we’re afraid of how many people will leave with you.  And that would hurt the second amendment and our cause and I don’t want to do that.

Let me state upfront that I am a big fan of the Glenn Beck empire. Not only of his radio show but also The Blaze news site, the programming on the paid subscriber service The Blaze TV and the personalities on The Blaze Radio Network which includes Buck Sexton who, in just the last year, has served as fill in host not only for Glenn Beck and Sean Hannity but also for the conservative icon Rush Limbaugh.

Glenn Beck’s announcement set off a firestorm of news and analysis across the political spectrum from the left web site The Daily Kos “Glenn Beck leaves the Republican Party: ‘I am done!’ to the right’s Townhall.com “Glenn Beck Abandons the Fight for a Conservative Republican Party”

The worst of the so called analysis occurred during a Friday, March 20’s O’Reilly Factor where Bill O’Reilly invited Karl Rove on his show, not to defend himself as Glenn Beck has often named Karl Rove as being part of the GOP insiders, but, instead as an independent voice to address the statement. 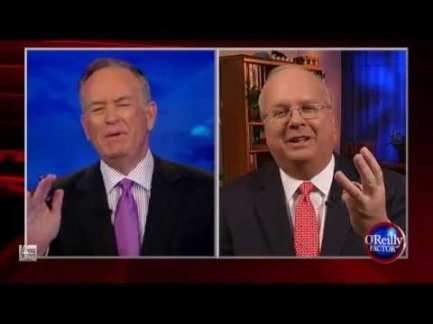 Glenn Beck wrote an open letter response to this segment posted on his Facebook page. Content warning if the mention of spines of worms, ethics of whores, and integrity of pirates offends you, you might want to pass this by. In Mr. Beck’s defense he does apologize to worms, whores and pirates.

Here’s the truth, there is absolutely nothing new about this position. What his position has been and continues to be is that he has completely lost all respect and faith in the Washington establishment GOP, including the likes of Karl Rove. These are the very same sentiments that have been expressed by Sean Hannity, Mark Levin, and Rush Limbaugh, among others. There are also organizations such as FreedomWorks, the Club for Growth and the Senate Conservatives Fund that all advocate for the conservative mission over the establishment GOP.

During the February 2010 CPAC convention Glenn Beck delivered a very fiery speech where he cautioned the crowd about the problems with the establishment GOP and urged them to start looking deeper and become more critical of the Republicans in Washington; how they’ve become corrupted and can’t be trusted. Not surprisingly he was never asked back to address a CPAC convention.

In October of 2013 on his TV show Glenn Beck described the 2012 attempted takeover of FreedomWorks by Republican insiders led by Dick Armey.  It was around this time that Glenn Beck started his twitter campaign asking his listeners to start using the hashtag Defund the GOP (#DefundTheGOP) and recommended that any donations only go directly to the candidate or to groups like FreedomWorks and the Senate Conservatives Fund. The Glenn Beck merchandise store also started selling Defund the GOP items.

On Glenn Beck’s February 13, 2014 radio show he related as to how a “GOP bigwig” requested and was granted a meeting asking that he ease up on his criticism of the Republicans, prior to the 2014 primary elections. The conclusion of this segment:

So you see my friends, this was not some sudden development, why it’s gotten so much attention now? I have no idea.
**Update** Glenn Beck went on Tuesday’s March 24th O’Reilly factor to explain his views.
You can read my other posts at markEwatkins.com
Contact me via Twitter or Facebook