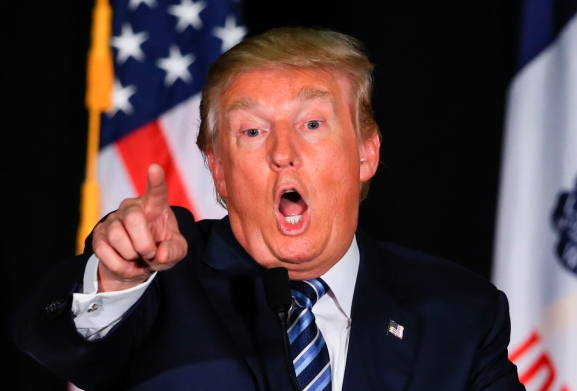 The Donald Trump controversy du jour is him calling for the judge in his Trump University case to recuse himself because he’s a “Mexican.” I’ve seen the Trump apologists try to explain this and I’ve also seen Trump’s attempt to walk it back, that’s not what I’m trying to address here, as this will all soon be forgotten but rather to show that this is just a sign of what’s to come.

Here’s a sampling of recent headlines:

Follow up from TheBlaze: “Trump: Gingrich Comments About Candidate’s Flap With Trump U. Judge ‘Inappropriate.’” So much for Newt Gingrich’s aspiration to be Donald Trump’s Vice Presidential pick.

Not to worry for Donald Trump, he still has the Trump Super PAC (formerly known as the Fox News Channel) standing behind him. This from Mediate: “O’Reilly: Trump U Judge Should Recuse Himself, But ‘Not Because He Did Anything Wrong.’” Please note that the first guest, following Bill O’Reilly’s Talking Points memo was Donald Trump.

This is just one example of what promises to be the five long months ahead until November’s election. Donald Trump loves attention and will say anything that keeps him in the news regardless of the consequences. Meanwhile the Republican members running for election will constantly be called to respond to the latest controversy surrounding Donald Trump instead of discussing their own campaigns.

The inevitable result, regardless of who wins the Presidential race, will likely be the Republicans losing the majority in the Senate and a greatly weakened majority in the House. This could also have consequences in all the work that has been done to elect the Republican majorities in the State Houses and of Governors.

The sole blame of this falls on the GOP leadership, they went into this election cycle confident that one of their preferred candidates, most notably Jeb!, would emerge from the primaries as the nominated candidate and proceed to run a conventional campaign, clearly not understanding the mood of the country and the anger at the feckless elected officials that failed to work against President Obama’s agenda to “fundamentally transform the United States of America.”

When it became evident that their preferred candidates were going nowhere instead of coalescing around one of the true conservatives still running they basically sat it out leading to the selection of Donald Trump as the Republican nominee and here we are.

Congratulations to the GOP establishment, because you failed to leave the DC bubble and listen to the people you brought this on yourselves and the country is left to select between the two candidates with the highest combined unfavorable ratings since such records have been have been kept. We will all suffer the consequences.