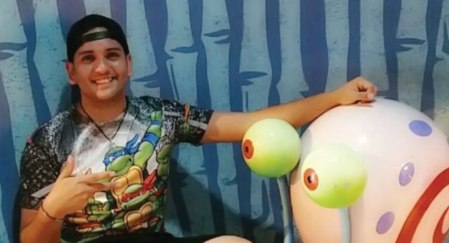 On Friday Tony Sanchez was on the Morning Blaze with Doc Thompson to update his continuing recovery, both physical and mental, from the gunshot wounds he suffered June 12th at the hands of an Islamic terrorist.

The money can go to hospital bills, food, counseling, anything the family may need.  Let’s all pull together and help Tony in any way we can.

On Tuesday night Tony Sanchez updated his condition as he appeared on TheBlaze TV during the Dana Loesch program with guest host Doc Thompson.

As everyone is surely aware in the early morning hours of Sunday June 12th a terrorist, who had pledged his allegiance to ISIS, entered the Pulse Nightclub in Orlando Florida and proceeded to take the lives of 49 innocent people and wounding 53 more.

One of those that was wounded was Tony Sanchez who was interviewed June 16th by both The Morning Blaze with Doc Thompson and Skip LaCombe and later on the Glenn Beck program, both can be heard below. These interviews were conducted shortly before Tony was scheduled to undergo his second interview.

From the interviews we learned that Tony was shot 4 times in the back but miraculously the shooter missed his spine and any vital organs but his left arm was severely injured in his left arm. Tony was not someone who frequented night clubs but at the request of a friend agreed to go with him to Pulse to meet another friend. Sadly Tony’s friend was shot during the shooting and lost his life on the operating table.

According to the interview Tony estimated that he lay on floor bleeding for an hour before his rescue.

A friend and co-worker of Tony’s has set up a Tony Strong Gofundme account with the intent that the money “go to hospital bills, food, counseling, anything the family may need.  Let’s all pull together and help Tony in any way we can.”

From The Morning Blaze:

From the Glenn Beck program:

On a personal note I would like to commend a friend of mine, Kris Cruz, a man who had previously served his country in the US Air Force and who now lives in the Orlando area and who brought attention to Tony Sanchez’s story.